I can’t say I’m very original for this #1 pick as the show was flooded with Emmy nominations and critical acclaim. However, it really is that good. This dark comedy finds the perfect balance between laughing, crying and blowing your fucking mind. Each episode will have you immediately hitting “next episode” until your jaw is on the floor in the season finale. Bill Hader, a real personal favorite of mine, is impeccable. While the SNL star is usually the main source of laughs, he actually plays the straight, bland character here, allowing his costars to play off of him and create hilarious scenarios. Anthony Carrigan being one of these costars and Henry Winkler (who *finally!* won his first Emmy for his performance here). This series is just getting started and if you haven’t seen it, exit out of this blog and immediately get on HBO.

Written and starring the brilliant Issa Rae, this show is hilarious yet poignant. Following Issa and her best friend, Molly, in Los Angeles, the dynamic duo take on everything from dating apps, Coachella, gentrification, ignorant white people in the work place and other relevant, modern-day issues. Although the series is self-proclaimed as a TV show made by black people for black people (which is awesome), I found the show does a great job of really enlightening white people (like myself) about the daily struggles that African Americans continue to face, especially for women. It educates those with privilege while also being wildly entertained. Starting a conversation about social and political change under the veil of humor and enjoyment should be the gold standard for all television series.

How to watch: Netflix

If you haven’t seen seasons 1 and 2, absolutely start there. However, the 3rd season does not disappoint. This series is, in my opinion, Netflix’s creme de la creme. While adult animation has always been known to push the envelope in bizarre ways (Rick & Morty, Family Guy, etc.), it has never been so relatable than Bojack. Struggling with alcoholism, depression, loneliness and just being an all around asshole, Bojack is still somehow likable as he continues, often with no success, to be a better person/horse. It’s this honest vulnerability and sadness in the character that will have you crying and relating to a cartoon horse/man. We all have a little Bojack in us and that’s okay.

Based on the novel by Gillian Flynn, who also wrote Gone Girl, this show is not for the faint of heart. Starring Amy Adams, the show will take you on a roller coaster of fear and confusion following the mysterious murders in a small town in Missouri, by the name of “Wind Gap.” With every episode comes a new surprise and a new reason you want to keep the lights on while going to bed. Definitely watch this series, but you’ve been warned: Nobody comes out of Wind Gap unscathed.

How to watch: Netflix

This mockumentary style series will have you on the edge of your seat wondering who the real vandal is and having you almost forget the crime is about who put laxatives in the school lemonade. While season 1 followed the mystery of who spray painted dicks on the cars in the school parking lot, season 2 follows “the turd burglar,” a faceless criminal with a vengeance against the students and faculty of a prestigious Catholic school. The series feels so real, you’ll be scared to ever drink lemonade again.

Season 1 (and currently in season 2)

Okay, okay, I know that the 9th season ended in 2017, so why is this on the summer picks list? Well, because I was late to the game watching this series and I can write whatever I want on this list, even if I’m 18 years late to join the trend! However, after a summer of binge-watching 90 episodes of Larry David fucking up every situation he encounters, I had to add this one. I know far too many well-meaning folks who rewatch and rewatch the same funny, low-maintenance shows (The Office, Parks and Rec, etc.) because they are too scared of ~the commitment~ of starting a new show. If this is you, PLEASE start a new show for all that is good in the television world and I highly recommend this show for you. If you enjoy watching Michael Scott’s social ineptness and his ability to make the world uncomfortable, you aren’t even ready for Larry David in this series. Another reason to start binging this show is that HBO ordered a season 10 to premiere in 2018. Come prepared with all your LD knowledge from the past 9 seasons so you’ll be ready to dive into the new season when it premieres.

How to watch: Hulu

Similar to Curb Your Enthusiasm, I know this is a long-running and well-beloved show. While I’ve been watching this gem since it started in 2011, I put this on the list because I binged the 8th season (which ended this past May) this summer and it, per usual, put a giant smile on my face. I also put it on the list because the 10th season premieres Sunday, September 30th, so if you haven’t gotten into this show yet, now is a great time to start. I just love this show because unlike a lot of other adult animation, this show is hilarious without trying too hard. It doesn’t need to be offensive or vulgar to grab your attention, it’s just good-old fashioned silly humor. If you’re ever feeling down, the Belcher family is sure to cheer you up with their weird and lovable antics.

Shows I haven’t gotten to, but are still on the bucket list:

-If you have any other TV shows that you think I’m an insane person to not have binged this summer, feel free to leave a comment or, better yet, reach out to me and I would love to have you share your opinions on the “Guest Reviews” part of this site! Contact me so you can write “Why Kelly’s Picks are Wrong on so Many Levels.” Thanks for reading! 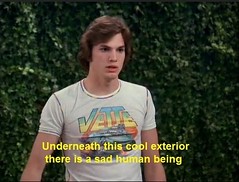 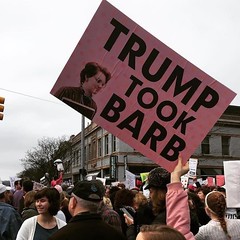 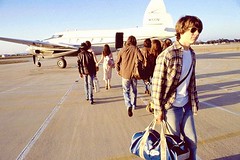 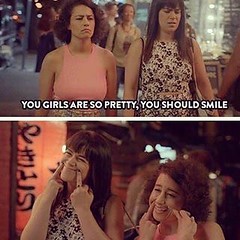